Check out my demo reel on Vimeo. 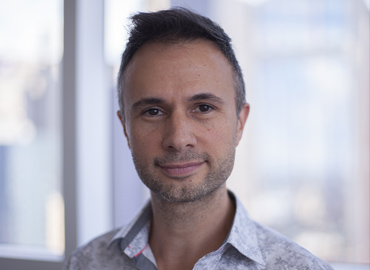 Born in Paris in 1970, I started my journey as an SFX Make-up artist back in 1989 and have since worked on a number of movies & commercials for almost 20 years. I was lucky to have been part of Stan Winston studio team, and was able to participate in films like the first Jurassic Park, Interview with the Vampire & The Island of DR Moreau. Then, I worked for one of the most creative SFX Make-up artists, Steve Johnson, on a John Landis movie - Innocent Blood - and a Guillermo Del Toro movie - Blade II.

Throughout my entire SFX make-up career, I'd always been looking closely at CGI. In 1993, I started dabbling with 3D studio for DOS (yes you read it correctly), and in 1996, I created a 2-minute short film - Run Run Run - for a contest, entirely made with Lightwave 3D.

In 2006, my career path veered a bit to the directing side, as I started focusing more on directing short films. Subsequently in 2008, I directed a live feature film - Humains - released in France. This was the most intense, interesting, frustrating and crazy experience of my career…

After that, I wrote a couple of scripts and developed projects in partnership with Pistoleros Prod, an independent film production based in France.
In 2011, Pistoleros Prod and I teamed up with Seed Factory to produce the visual effects on In the Name of King 2 : Two Worlds".
As I was the head designer for the Dragon, in collaboration with Pistoleros and Seed Factory, I was directly involved in a number of different roles, including previz for the shots, on-set surveying, and supervision over all aspects of the VFX shots concerning the creature.

As for now, I'm still developing projects and improving my skills as a 3D artist, in organic & hard surface modeling and texturing, in the hope of combining the two media in a near future.

The main tools I work with are: